Today is the day!  We leave for our trip to Glasgow and Inverness, a trip we’ve been planning for over a year.  So in honor of our big trip, I’m making a list of stories featuring tiny steps with big effects.  This could be transformations, or parallels steps, or anything that seems small but has big consequences.  So here goes!

1. The Dream-Quest of Vellitt Boe, by Kij Johnson

This little novella published by Tor is a Lovecraftian retelling, in which the main character must figure out how to follow a young student at her school from their own world–with monsters of all sorts and a fixed number of star– into the real world of cars and cell phones and baristas.  And all she has to do is step through the right doorway.

2. The Wanderers, by Meg Howrey

The true space age is upon us, but before we can blast off for Mars, we have to do the test run.  In a seventeen month long experiment Helen and her two crew partners will simulate every possible aspect of leaving the surface of the earth, making the journey, landing, staying for a few weeks, and then leaving to come back to earth.  In this fascinating thought experiment, Howrey creates real conditions for what three people who barely know each other would go through on the longest space journey humans have taken so far.  And all without leaving the dust of Idaho.

3. Hammers on Bone, by Cassandra Khaw

This novella isn’t about stepping through a doorway, or simulating a long journey, but about stepping into another being.  John Persons is a tentacled alien god-being who has assumed the body of an actual human, and is a private eye in seedy London, tasked with taking down the sinister step-father of a latchkey kid with a little too much savvy for a boy his age.  Chaos, of course, ensues.

4. The Girl from Everywhere, by Heidi Heilig

Nix is a scholar, a historian, a sailor… and a time traveler.  All she needs is a map, and she can go anywhere in the time it was created.  Swept up by her father’s quest to get back to her mother, when Nix was just a baby, she steps from one world into another, sometimes even into fantasies, with a change of wind and sail.

This book of short stories has the best prologue I’ve ever encountered for a collection.  A young woman, running late for the airport, takes the most unexpected cab to the airport, but instead of dropping her off at the terminal, it takes her directly to her destination–her family’s home in Nigeria where she’s expected for a wedding.  And then the reader is treated to a series of short stroies that represent some of the best of Okorafor’s writing, even among her novels.  These stories have presence, the characters stick with you, and they are both speculative and nostalgic in a way only someone who has really been there can manage.

This post comes a little late, I know, but here goes.

I go through a lot of audiobooks, and this past month or two I’ve been going through some comfort reads, starting again on both the Maisie Dobbs series, by Jacqueline Winspear, and the Flavia de Luce series, by Alan Bradley.  So I checked out the first couple of each on overdrive again.

I also checked out Blackout and All Clear, by Connie Willis, completing my reading experience in the Oxford time travel world, having already read Doomsday Book and To Say Nothing of the Dog. 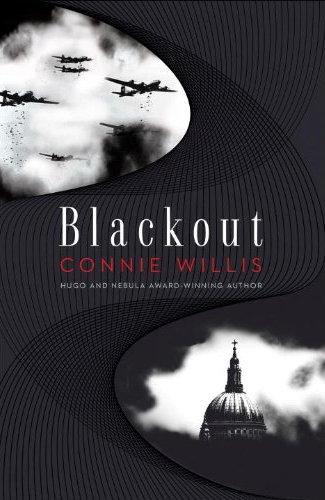 I also checked out a novella, The Dream-Quest of Velitt Boe, already reviewed here, and finally An Extraordinary Union, by Alyssa Cole, which was a great novel despite being more straight-up romance than I’m used to reading (nothing against romance, I’m just not attracted to it), and which I’m delighted to learn is soon going to have a sequel.

All around, a good month of library finds, to say nothing of the ARCs and other wonders I found at my local indie bookstore.

What did I get at the library this week?

First, a sff Tor Novella called The Dream-Quest of Vellitt Boe, by Kij Johnson.  I’d seen her name here and there on book twitter, so when I spied this novella on my public library’s New shelves, I grabbed it.  The description says it’s Lovecraftian, which I’m not really into, but I read a Lovecraftian novella by Cassandra Khaw last month and really enjoyed it, so figured I’d give another reinterpretation a shot.

Second, I was surprised and pleased to see An Extraordinary Union, by Alyssa Cole on my library’s New shelves.  It’s a novel of the  U.S. Civil War, with a black woman protagonist, written by a black woman!  I’ve heard great things about this one in non-sff book circles, and I’m looking forward to seeing what it’s all about. 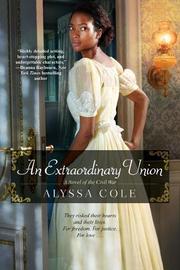 I also checked out Connie Willis’ All Clear, companion novel to Blackout, in my quest to read everything she’s ever written.